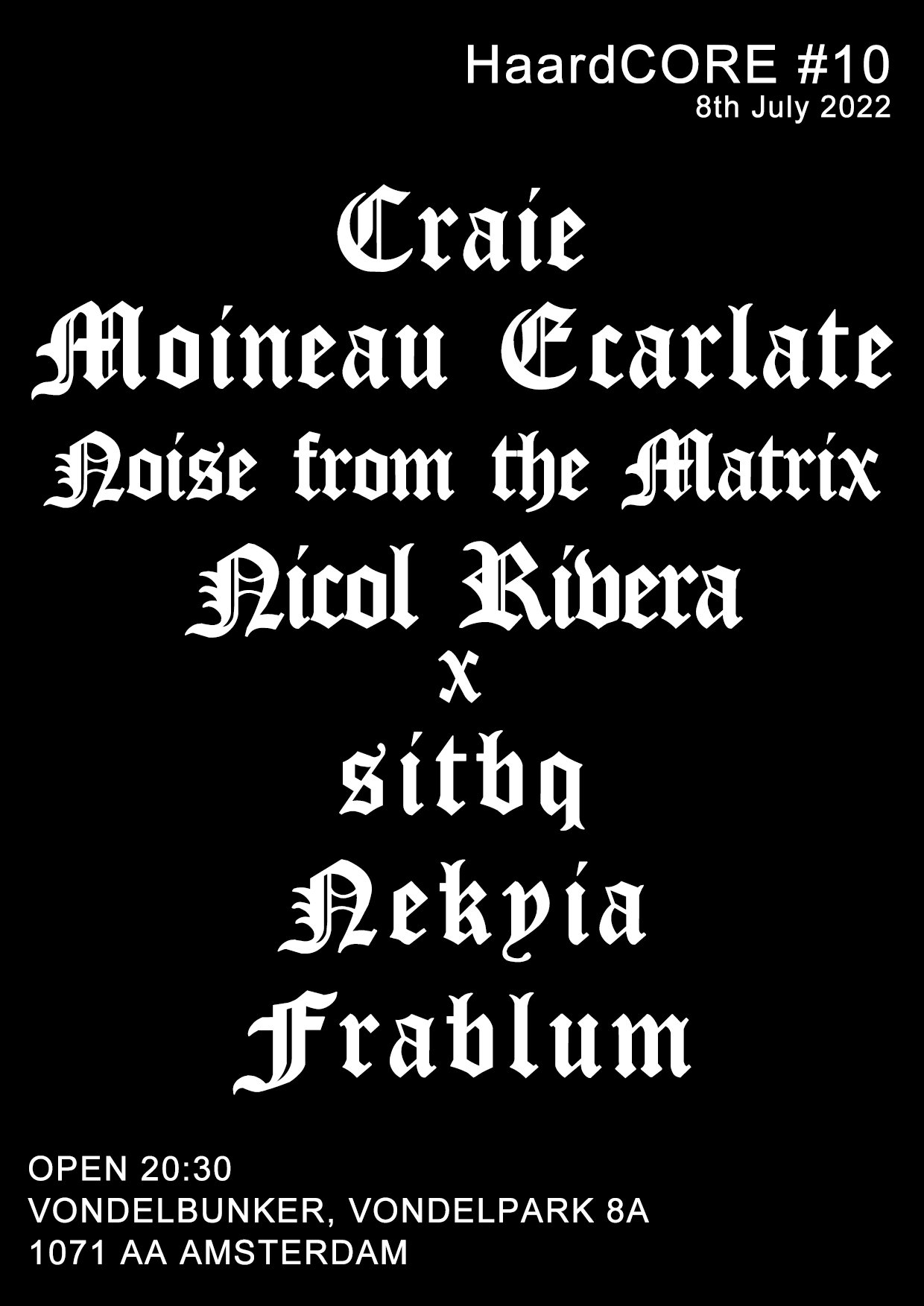 Craie
https://erratac20series.bandcamp.com/album/vol-38-les-collines-les-embruns
A duo formation of Amédée de Murcia and François Fournet. Behind the first stand Somaticae, a solo based on percutions and bruitism, playing around broken and sharp rythms, flooded in larsens and saturation.
On the opposite, François Fournet has first built a melancholic and melodious identity as KollektivTraum, his first solo that he reinvested in Dezeffe, his second solo that resolves around rythms filled with breaks and setbacks.
Craie is the intersection of these two musical sides, the result of Amédée de Murcia's chirurgical accuracy, melt in François Fournet's sentimental fog.

Moineau Écarlate
https://moineauecarlate.bandcamp.com/
A solo project of Kevin Orliange, who also manages the record label Fougère. Kevin's music resembles a mixture of loops of misshapen magnetic tapes made on haphazard tape recorders.
The result is a sort of industrial forest music of the Plateau de Millevaches a place in the deep countryside of France.

Nekyia
Through perennial drones and distortions from the underworld the audience is brought into an introspective journey towards the deepest layers of the subconscious.
In the Nekyia duo, ancient souls meet again on this Earth to give birth to a rite by which disembodied souls are called up and questioned about the future.